THE PEOPLE BEHIND THE CSC
Many people have come together to make the Cobar Sound Chapel a reality. The main contributors are - 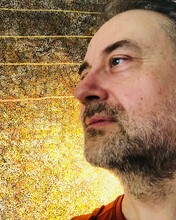 Georges Lentz is the overall creator behind the Cobar Sound Chapel project as well as the composer of the digital composition String Quartet(s)  heard in the Chapel.

Georges Lentz is one of Australia’s most renowned composers. His music is influenced by his love of the Australian outback, its landscape and its starry night skies, as well as by Aboriginal art, and it expresses his spiritual beliefs, questions and doubts. Born in Luxembourg in 1965, he studied at the Paris Conservatoire and moved to Australia in 1990. Many leading orchestras and performers throughout the world have performed his music and he has been featured at numerous international music festivals. He has received awards at the Paris Rostrum of Composers 2002 and at the Australian Music Awards 2009, where his viola concerto Monh for Tabea Zimmermann was voted Best Composition by an Australian Composer. He is currently writing a violin concerto for German soloist Arabella Steinbacher, to be premiered in 2023. The Cobar Sound Chapel has been a dream of his for twenty years. Georges Lentz’ compositions are published by Universal Edition in Vienna.  www.georgeslentz.com
**************************************** 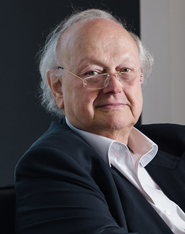 Glenn Murcutt is the architect behind the building of the Cobar Sound Chapel.

​Glenn Murcutt is possibly Australia’s best-known architect. Born in London in 1936, he spent the first five years of his life in Papua New Guinea, where he first encountered a simple vernacular architecture. He moved back to Sydney in 1941 with his Australian parents. In 1961 he graduated from the Sydney Technical College and in 1969 established his own practice in Mosman, NSW. Murcutt works as a sole practitioner, producing residential, institutional and cultural work all over Australia. Although he does not build outside Australia or run a large firm, his work has had a worldwide influence, particularly in terms of sustainable design. Murcutt’s motto, “Touch the earth lightly”, has led him to design buildings that seamlessly fit into the Australian landscape and are highly economical and multi-functional. Glenn Murcutt has won some of the most prestigious architecture prizes worldwide, such as the 2002 Pritzker Prize and the 2021 Praemium Imperiale.  He has collaborated with Georges Lentz on the Cobar Sound Chapel since 2016.
**************************************** 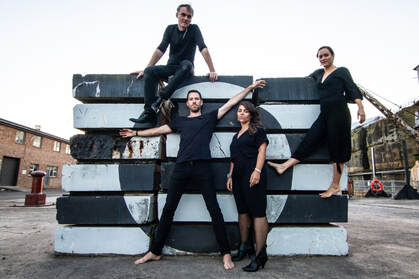 The Noise String Quartet are the four musicians who recorded the extensive musical material that forms the basis of Georges Lentz' composition String Quartet(s)  heard in the Chapel. They are violinists Véronique Serret and Mirabai Peart, violist James Eccles and cellist Oliver Miller.
“The Noise is a string quartet for the new century” - Sydney Morning Herald, 2013
​
Formed in 2008, The Noise String Quartet uses collective improvisation and collaborative composition as the main vehicles for its musical expression. The quartet pondered Goethe’s famous observation that the string quartet was like ‘four rational people conversing’, and asked: ‘What if that conversation was invented by the players themselves, sharing ideas and reacting to one another in the moment?’ The Noise has released three critically acclaimed albums, performed at festivals around Australia, and was ensemble in residence at Wollongong University and Australian National University in Canberra. As well as creating its own music, the quartet has commissioned a number of Australian composers and has enjoyed long collaborations with composers Paul Cutlan and Georges Lentz, the material for whose String Quartet(s) they recorded over several years between 2009 and 2015 under the composer's supervision. 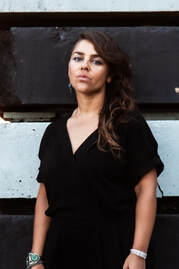 Véronique Serret, violin
​​Véronique is a highly versatile violinist, vocalist and composer whose repertoire ranges from baroque to contemporary art music, folk, rock and improvisation. She is known for her inclusive sound world, her willingness to experiment across genres and her work on the six-string violin paired with electronics. Recent highlights include touring as Concertmaster for Gurrumul’s Bunggul, guest appearances with Uncle Archie Roach and Kate Miller-Heidke , giving the Australian premiere of Brian Howard’s ‘Desires Ingrained’ for solo violin and CRIE by Cathy Milliken (especially written for her), as well as national performances of Heartland (a long-form work co-composed with didgeridoo master William Barton). Together they have been commissioned by Artology to compose ‘Bushfire Requiem’ and most recently by MAAS in residency at the Sydney Observatory composing ‘Songlines of our Universe’ - album releases forthcoming. Véronique was Associate Music Director for Bangarra Dance Theatre’s production of Wudjang. www.veroniqueserret.com 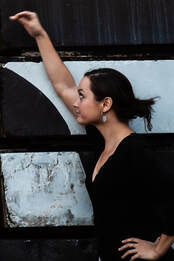 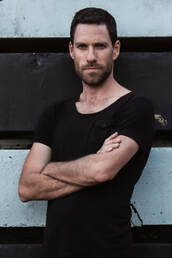 James Eccles, viola
​James is a Sydney-based violist who has performed with many of Australia’s leading ensembles, including the Australian Haydn Ensemble, Pinchgut Opera, Australian Brandenburg Orchestra, Sydney Dance Company, and as principal viola with Sydney Philharmonia Choirs. As a champion of new Australian music, James has premiered, commissioned and created many new works over the years with groups like Ensemble Offspring and as artistic director of the Aurora Festival of Living Music and as co-director of The Noise String Quartet. James holds a Master of Arts in Classical String Performance, a Graduate Diploma in Arts Management, and is a graduate of ANAM.
“A country is rich when it values culture. Culture is wealth - not the reverse.” Claudio Abbado 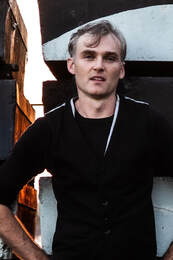 In addition to his cellist role in The Noise, Oliver has also assisted Georges Lentz as a technical and creative adviser in many ways and with his many skills.

​Oliver Miller has led an eclectic career as a filmmaker, cello player, pianist, composer, arranger, sound engineer, music producer, antique restorer, and photographer, and is cellist and co-founder of the improvising ensembles The Noise String Quartet, Amphibious and Bungarribee. Oliver has worked extensively directing and creating filmed performances of music and dance including with Synergy, Taikoz, The Australian String Quartet, Pinchgut Opera, Bandaluzia and The Australian Haydn Ensemble. Oliver has been commissioned to create a range of experimental films including Read/Write Error (2018) for Ensemble Offspring and Video Tunnels (2019) for Backstage music. In addition to composing music for his own ensembles, Oliver also composes music for film, and has recently created scores for a range of short films, including What do you see (2019) and Friends of Mine (2020). In 2019 Oliver directed his own film titled Electric based on the life of Australian poet Francis Webb.
**************************************** 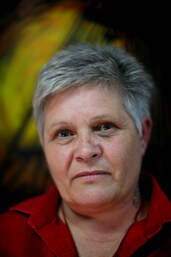 Sharron Ohlsen is the visual artist who created the window art seen in the Chapel.

Cobar artist Sharron Ohlsen prefers to describe herself as a contemporary Aboriginal artist rather than as a traditional one. Born at Lake Cargellico, with Ngiyampaa and Wangaaypuwan blood in her veins, she brings a truly creative vision to her town, which she says has always been a part of her. Sharron has been working as an artist for over thirty years, with her artwork evolving rapidly over recent years. Her work is hard to define and she uses a wide range of objects and artistic mediums. Sharron has worked in collaborative artist groups, exhibited widely, and operated a gallery of her own in Cobar. As a commercial artist, she is happy to share individual works or to utilise her design skills for all sorts of accessories. She incorporates traditional motifs with vivid chromatic arrays. The future for Sharron is to continue to follow her artistic path, exploring further and discovering new relationships along the way.
****************************************
We have been delighted to work with the following outstanding professionals, businesses and organisations on the realisation and maintenance of the Cobar Sound Chapel -